A Russian Ukrainian war has brought us many strong enlightenment of digital transformation!

Today is March 28, more than a month after Russia launched the so-called "special military operation" against Ukraine. With the attention of the whole world, a confident "blitz" has become a "protracted war" that consumes national strength, popular will and willpower.

The 21st century is the digital age. The conflict between Russia and Ukraine is filled with the smoke of digital war! This time, Ukraine showed you what is called "digital war" for the first time.

After Crimea was occupied by the Russian period in 2014, Ukraine learned from the bitter experience, suffered hardships, and "decentralized" digital military reform has begun. Eight years later, it has been launched in an all-round way. It is completely a momentum of east wind blowing, war drums beating, and who is afraid of who in the digital battlefield. 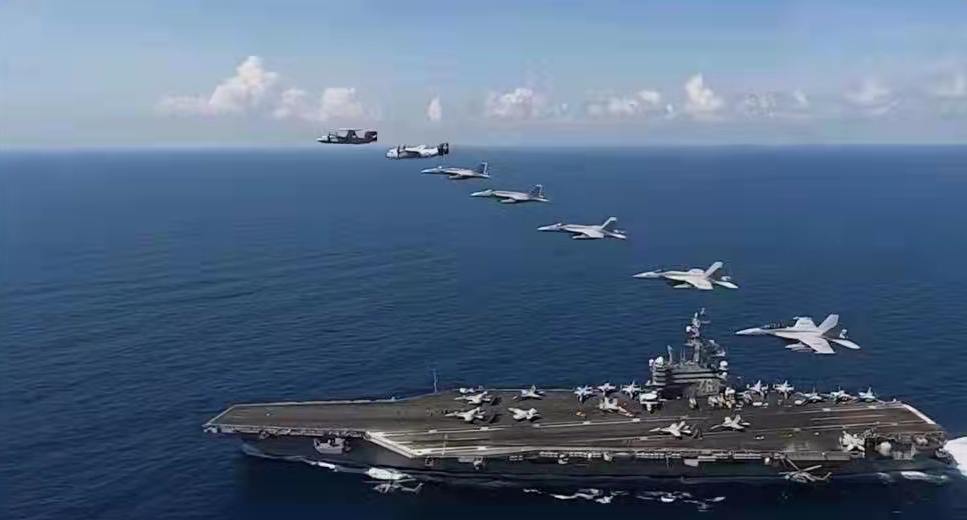 In the Russian Ukrainian war that has lasted for a month, one of the key words we see is "decentralization" and "decentralized connection",

The Russian Ukrainian war with two digital war forms marks that mankind has officially entered the era of "digital war".

Many videos from the network show that in this digital war, several scouts on the front line are a combat unit, forming a "decentralized" and "fragmented" military combat ecosystem. 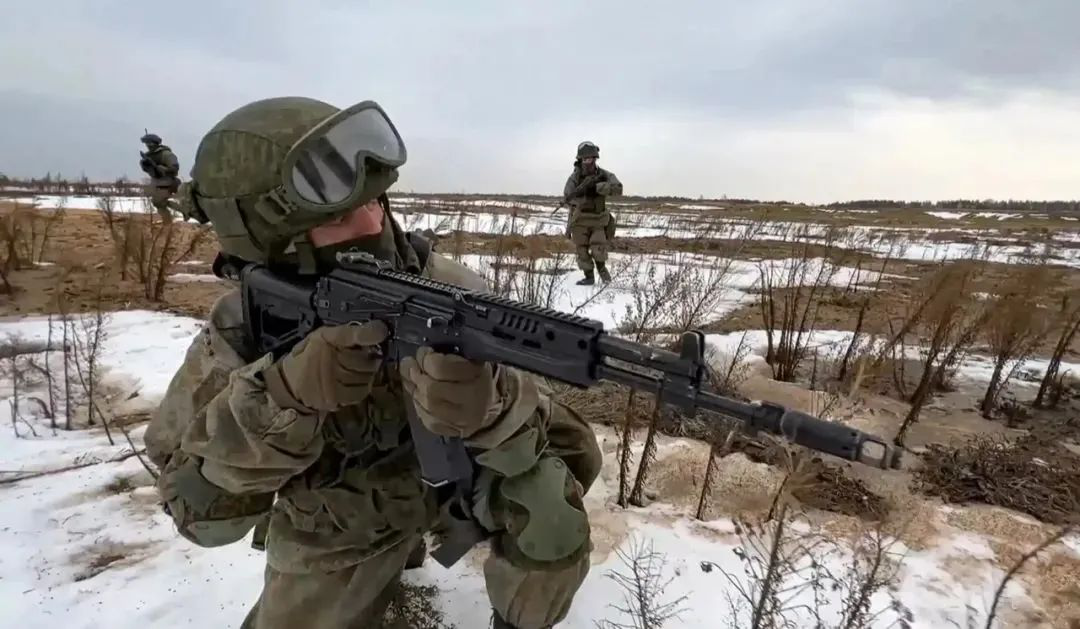 We can see that the weapons that a single soldier can carry have a great increase in lethality. Sometimes he does not need to call for artillery fire, but the artillery fire he carries is enough to destroy the enemy. During the Russian Ukrainian war, many videos came out. Ukrainian soldiers carried rocket launchers and missiles and blew up Russian tanks and planes,

Because of decentralization, the Ukrainian army gives the basic combat units the greatest flexibility and creativity with a more flat command mode. 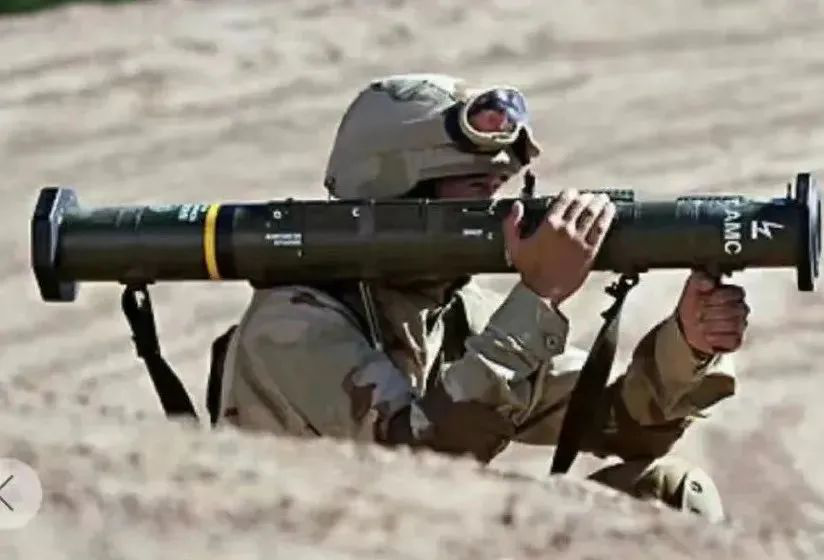 Therefore, some people say that the Ukrainian army will become active in the "decentralized" digital war mode of "didi taxi mode".

In recent days, it was forced to withdraw locally under the strategic counter offensive of Ukraine, but reiterated the possibility of using nuclear weapons. The number of senior officers killed and captured was shocking. The patrol ship "bikov" of the Russian Black Sea Fleet was sunk by Ukraine from the shore with multi-point rockets. 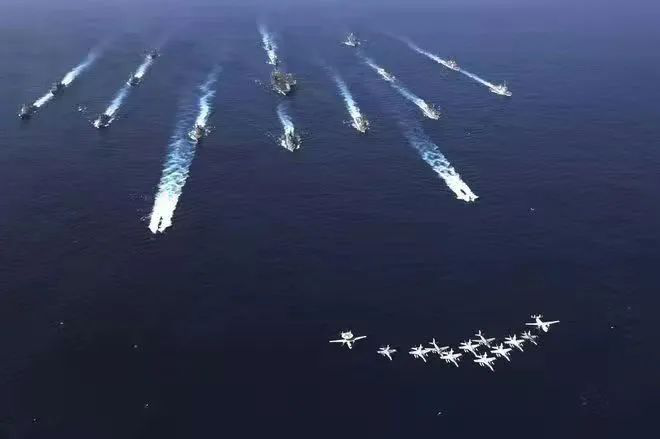 A large number of tanks, planes and military vehicles were blown into scrap iron. After 11 days of stagnation, the 64 kilometer long tank armored vehicle dragon in the north of Kiev advanced 4.5 kilometers to Kiev and was attacked continuously along the way.

Paradoxically, we did not see many organized military build-up operations in Ukraine and large-scale frontal conflicts with the Russian army. The Russian army seems to be at war with ghosts, but the enemy knows them like the back of his hand. Of course, this is digital technology, digital thinking, full use.

We have never understood why Russia, as one of the world\'s top military powers, has sacrificed so many generals less than a month after the war? 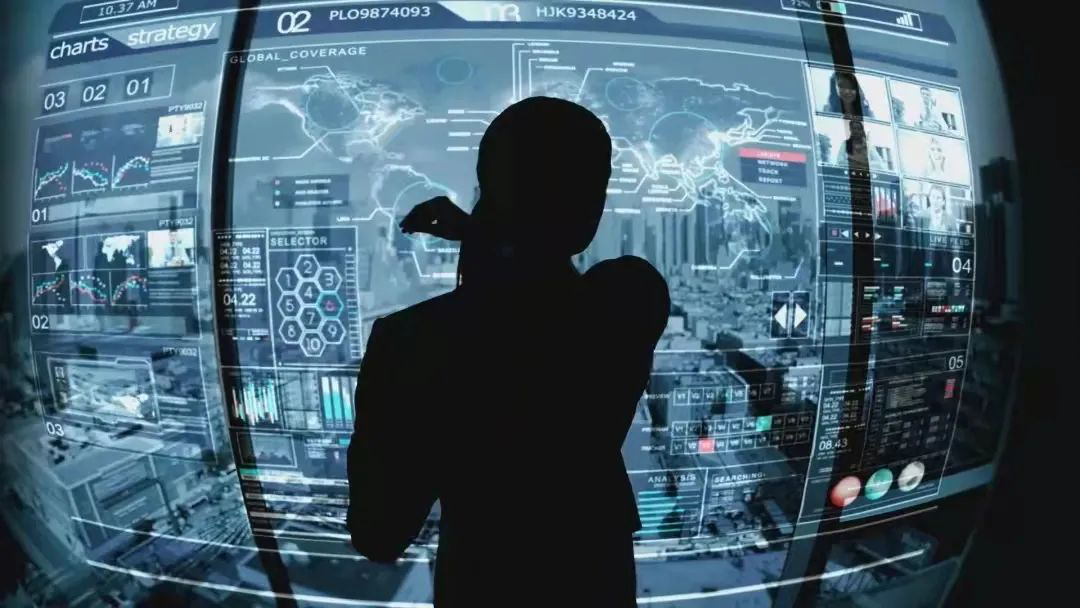 According to media reports, customers and friends from Ukraine also confirmed that before the fight, Ukraine developed a mobile app specially used to deal with the Russian army.

This app is powerful. Everyone in Ukraine, whether adults or children, old men or old women, has this app on their mobile phones.

Anyone who takes out his mobile phone and points it at the passing Russian tanks and armored vehicles will immediately upload the photos to the intelligence departments of the United States and NATO. Through big data analysis by supercomputers, they can determine the number and exact location of the Russian troops within dozens of seconds, and then transfer this information to the Ukrainian army. 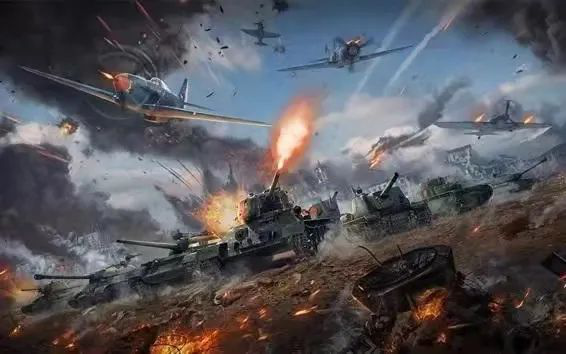 In particular, photos and videos of speeches for pre war mobilization. After receiving this information, the Ukrainian army will assign the combat and sniping tasks to the troops closest to the Russian army, just like the US regiment and hungry modpai. The rest is very simple.

It can be said that Ukraine is using Internet links to realize the people\'s war; Enable the front line with digitization, so as to change the direction of war. 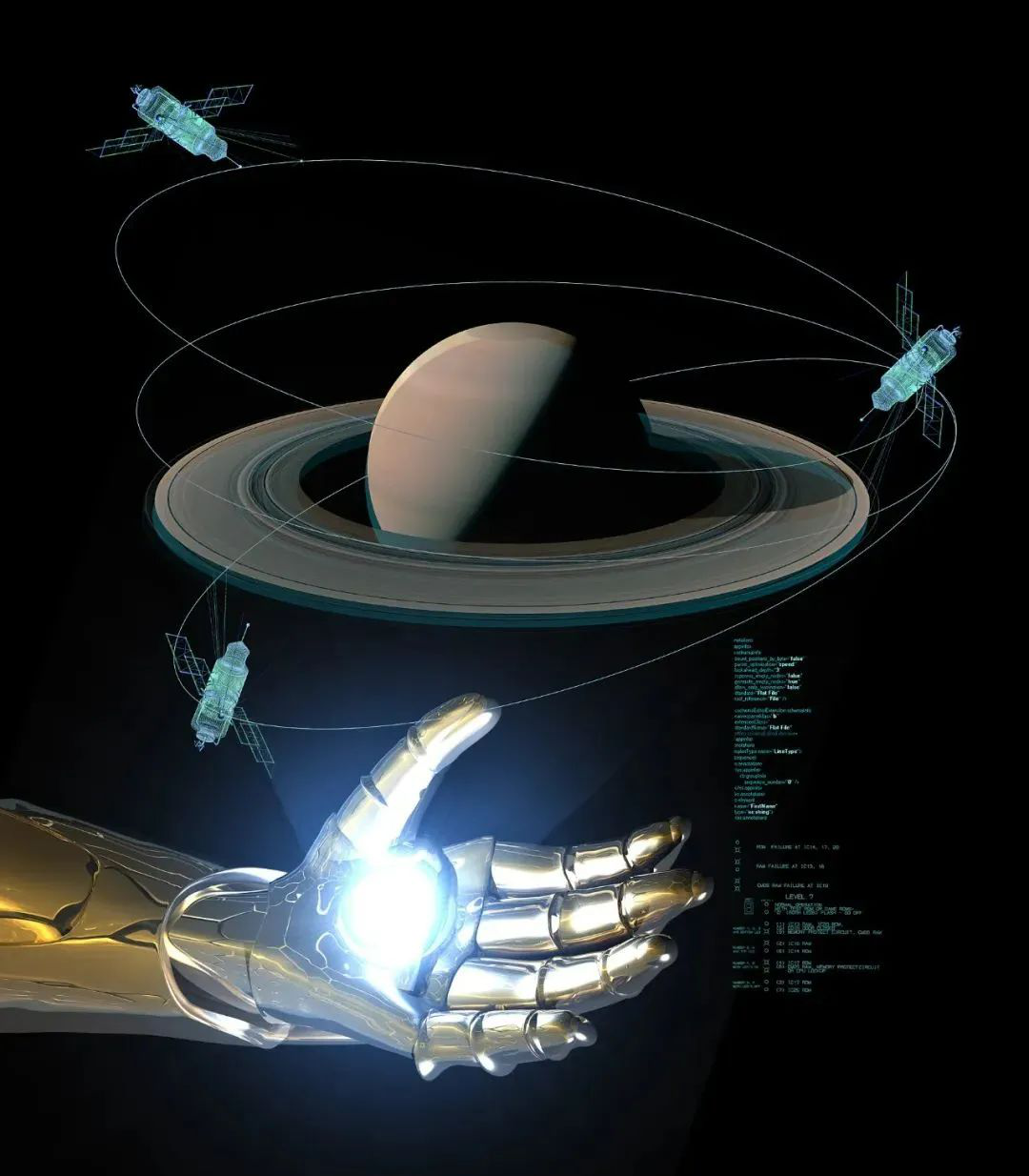 We are bystanders on the process of the Russian Ukrainian war. This war form enlightens everyone\'s attention to digital transformation. From this perspective, each of us in small and medium-sized enterprises should be thinkers, researchers and innovators.

If we still stick to the rules, can\'t quickly learn and master the corresponding digital technology, don\'t know how to apply the methods of digital marketing, digital production and digital management, create a flat and agile organizational structure, and don\'t know how to innovate the digital business model, we will encounter the situation of "dimension reduction attack" in the face of our peers who have successfully transformed digitally or other cross-border companies.

For foreign trade companies, industry and trade companies and cross-border enterprises, digital thinking, digital platforms and digital tools are the premise of building a digital marketing ecology. It is not too much to say that it is necessary and just necessary.

Speaking of digital thinking. What is digitization?

As we all know, the current computing mechanism is binary, that is, 0 and 1. The changes of the two are infinite. Digitization means that there is no authority, no boss, no respect, and everything is connected in a decentralized manner according to the law!

The cornerstone and soul of brand digital marketing ecology are: content, original content and continuous output, based on the most powerful "decentralized" and "fragmented" wechat public account platform in China.

On the one hand, the "connection" property relies on the strong propagation and geometric level fission of the public official account, on the other hand, it relies on the SAAS Melarks digital platform system built in the mirac APP.

Connect the overseas social media flow waterfall, timely find the product access track of overseas visitors on the private platform, detect the business background, contact information, social account, website email, etc. of effective and accurate potential customers, and then develop targeted interactive transformation, which will not be in vain. 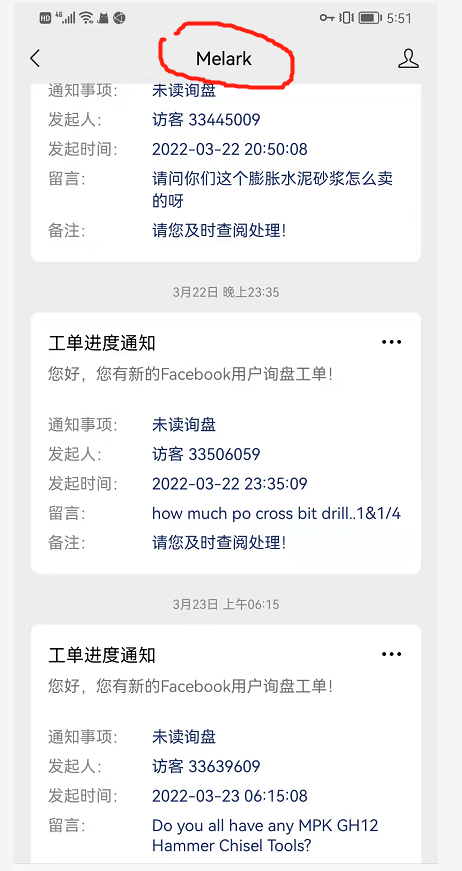 In addition, at the beginning, the business personnel were not used to it, did not pay attention to it, and did not take it seriously. They felt that it had nothing to do with the digital platform, personal performance and transaction.

Customer filing, product label, customer portrait function, e-mail is still sent by Foxmail client, which operates with customer management system CRM and dual system. Salesmen always like to use the old system, which leads to the calculation power of the digital platform system for more than a year, and the matching power can not be reflected. 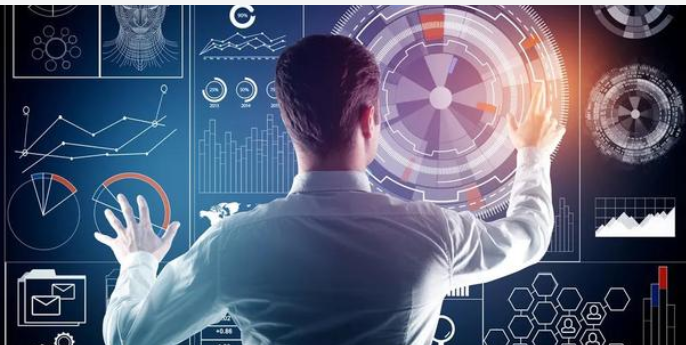 Although there are hundreds of millions of customs data, procurement data, social data and commercial data on SaaS digital platform, they can not be matched, because the business block is not normalized, large-scale and massive precipitation data, which can not form a complete customer portrait, demand points, product points, line to line and face to face, and can not trigger AI intelligent recommendation on the platform. Similar customer matching, deep fission and external link functions are not used, Social marketing didn\'t work out.

In the past two years, the epidemic situation has been repeated to counterattack, and online development has become the norm of business work. The company\'s foreign trade SOP combing came into being. Combined with the digital marketing function of the platform, it has become popular. Although there is no magnificent scene, there is also a stagnant atmosphere, which has promoted the effect of waves and helped the waves.

In short, the company\'s overall business development, new ability and customer service level have been raised to a new dimension, new realm and new height, and the digital marketing cloud selling platform has contributed a lot. 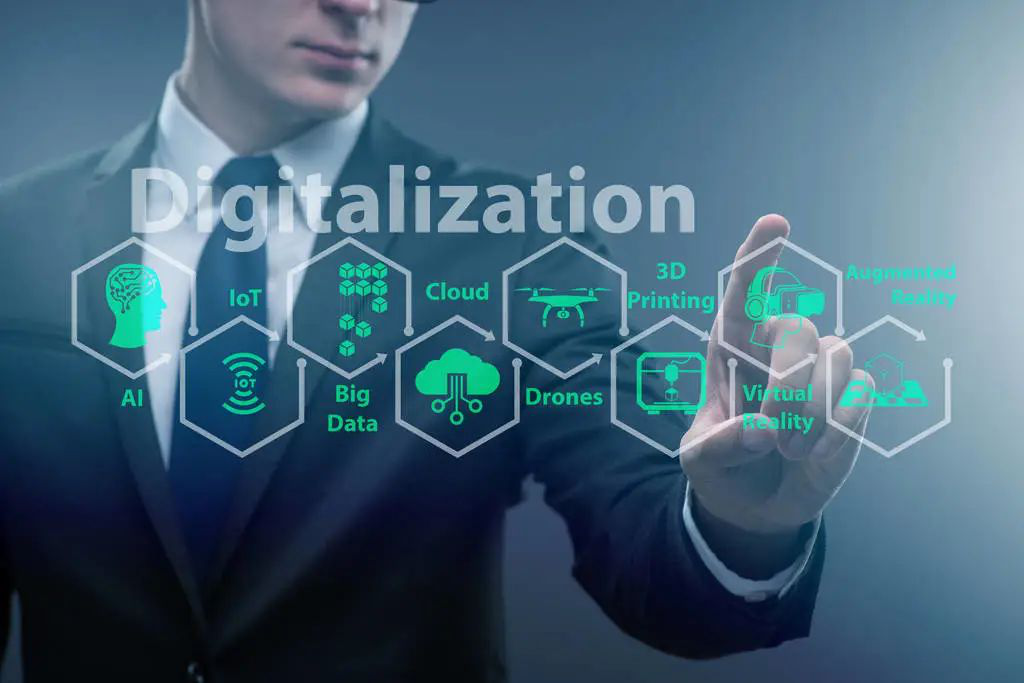 What is SOP? It is to empower front-line business personnel to take business as the center and transaction as the guidance. This empowerment has two meanings: one is the ability to use and mobilize the company\'s maximum resources, and the other is the ability to make pricing decisions.

It is impossible for the novice in March to achieve the professional experience and negotiation ability of business personnel for more than 3 years by learning and training in a few months. Because a medium-sized and large-scale export company of rock drilling tools , drilling equipment and mining equipment exporting company hundreds of products and thousands of specifications, it has smashed hundreds of products in several series of product inquiries, and no purchasing personnel can fully cope with it.

For example, some people say that digitalization liberates the boss to become a salaried employee, and every employee becomes a front-line boss and a highly paid boss. 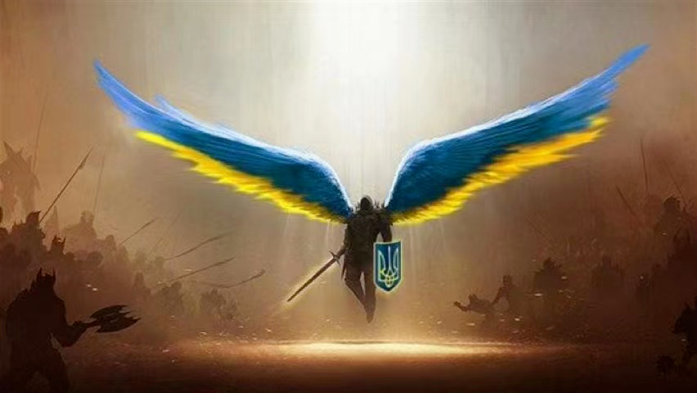 The unprecedented great change in a century, a Russian Ukrainian war, has brought us such a strong digital impact! It also gives us small and medium-sized business owners who are moving forward in the changing situation and brings us thinking about enterprise digital transformation.

Think about whether we can learn from Wu Jun and apply digital technology, digital means and digital thinking to the daily production, operation and marketing of enterprises; Think carefully about how to start the digital transformation of your own enterprises, especially the construction of cross-border digital marketing cloud platform.