Major changes have begun, and will change all of our foreign trade people!

bleak, cold winter, after the wind.

It was nearly 10 degrees Celsius yesterday, it felt like severe winter, people walked into the ice cave.The sun shines, there is no warm use.The cold wind together, so biting, but also tie the heart.Worried about not buying cold medicine I, has been in the wind, cold, freezing, but, still impossible to prevent, 2 days ago or a cold, stuffy nose, uncomfortable, more I am particularly uncomfortable is, the following news:

From December 1,2021,32 countries have cancelled the GSP treatment for Chinese export products.For China\'s foreign trade industry, the impact is no less than a magnitude 7 earthquake, which is far-reaching and huge.

Major changes in the peripheral foreign trade environment have begun, which will change the fate of all our foreign trade people. This will be a new change in the process of human globalization. The drama must start from the prelude, but the prelude is not a climax.

Perhaps this news for most Chinese people is not too cold, did not cause too much attention, but for many Chinese manufacturing enterprises, especially export enterprises is very important, direct sense: with rice fight sweater war, is for money, with the lost lamp fight decoupling battle, that is deadly.

Money did not pull, can earn, foreigners drilling technology, development, formulate policies and rules is very slow, once set, it is irreversible, good policy, let you jump, happy to rush, spread policy, let you can not eat, go.

That is deadly, to the life of the market, whether the country, or enterprises, the most important thing is to have a market, to have big customers, if there is no market, then you are even if you say again beautiful, sing a folk song to who is useless, also will only drink the northwest wind, this is the fool know the truth. 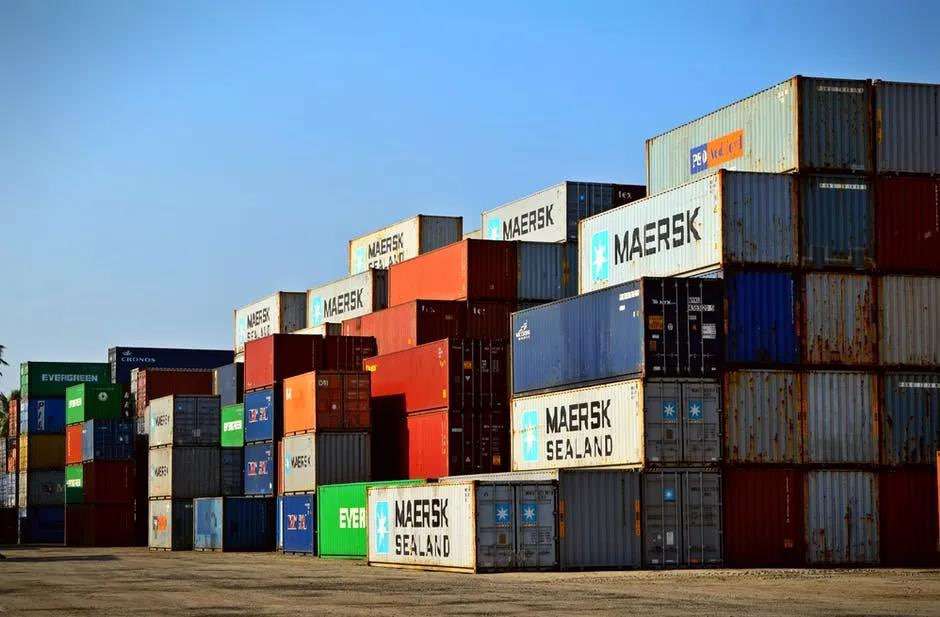 It is clear that the cancellation of preferential tariffs on China by the EU and other other countries will directly affect some of China\'s low profits and industries that need a large amount of labor. In fact, such products account for a high share of exports.

In terms of brazing, better than use, durable, is not our strength, India next door, brazing price is lower than us, but their materials, heat treatment, processing equipment, process accuracy is much worse than China, may be the gap between China and the EU more than 10 years ago 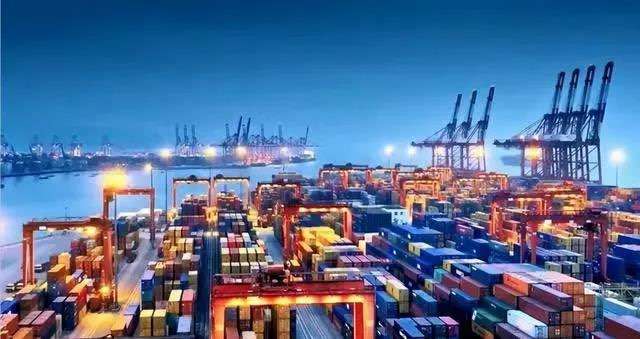 In addition, with the cancellation of preferential tariffs from the EU and other countries on China, the affected foreign industrial industries may accelerate the migration of their production bases to regions such as Asia and Africa.

From the conscience, from the heart, the past 30 years at home and abroad to the economy, the development is really: magnificent, magnificent, majestic, proud, rely on what?troika, exports, consumption and investment.

Growing together with major foreign trade, difficulties, breathing, resonance with The Times for 40 years, mining people, foreign trade people, we media people, I deeply feel that the real rise of our economy is only after joining the WTO, after we got a series of preferential policies for universal benefit system. 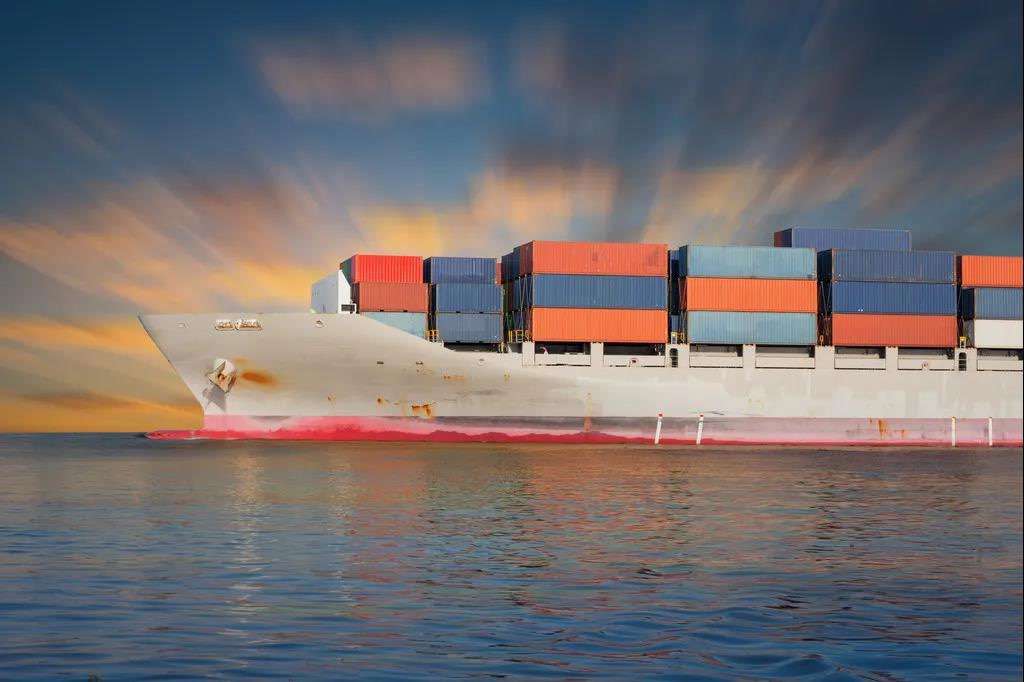 That is to say, since we joined the circle of the WTO, we ate dividends, took the red envelope, we also fight, we began to really bulge, the people started, the big country came up, and the country prospered.

Export depends on WTO straight to the point, there is a market, relying on the export of export products is a favorable policy dividend, but also stained.Now it is, it runs out.To be honest, no matter a country, enterprise, national policy dividend is really too important, to put it bluntly is to send money to your business. 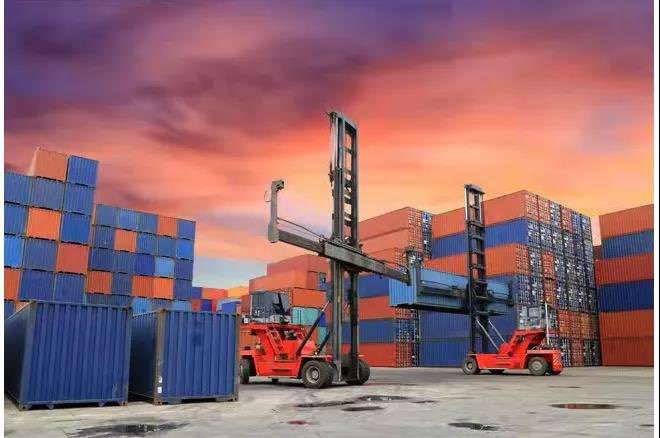 Our country can have the five largest markets: the United States, the European Union, Japan, Hong Kong and Taiwan.

Can imagine, in the future, we should face the bleak life, dripping blood, challenge from the world famous brands SANDVIK, ATLAS COPCO and other big coffee hunting.Others are thousands of years of old trees, century-old shops, gold signs placed there, 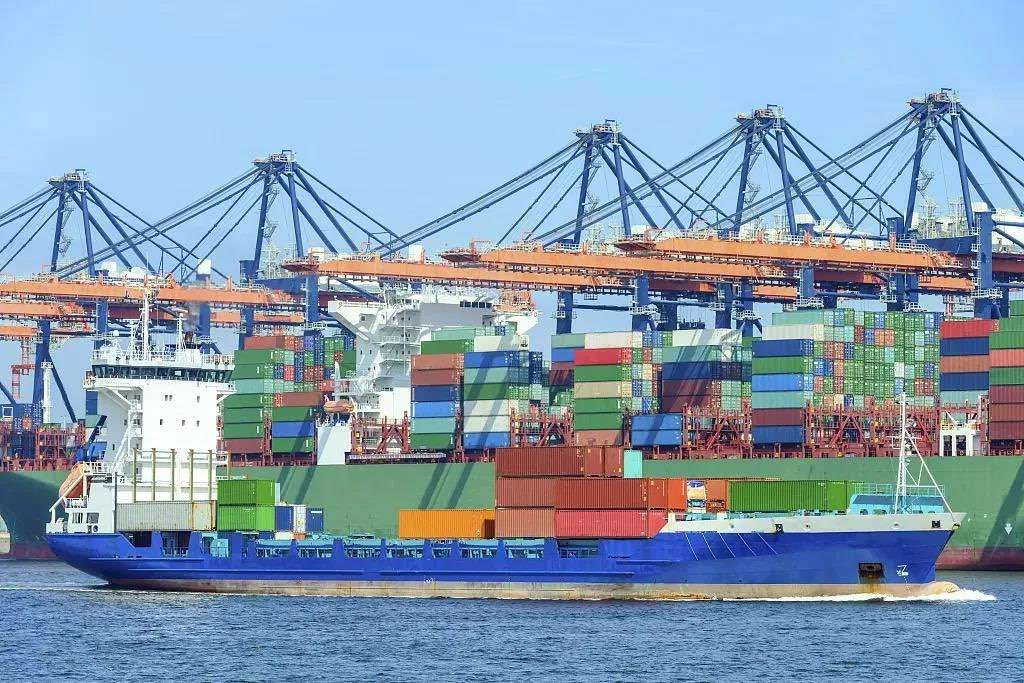 Therefore, we drill people, forge iron or their own hard, hard internal skills, build a brand, also do not always indulge in some preferential treatment given by others, choose to take the initiative to accelerate the expansion of the "circle of friends" of the free trade zone.

Some people say that foreign trade in 2020 is not good, foreign trade in 2021 is even worse, yes, this year the global route freight rate soared, freight is higher than the value, some low profits and the industries requiring a large number of labor, such as: quarrying expansion agent export to our company for nearly 15 years, the domestic industry is also the big brother river\'s lake status:

This month, the agent Expansive Mortar (Stone cracking power) for natural stone mines, a 20 " container going to Saudi Arabia, rose to nearly $6,000.India, Brazil, Australia, Spain is the same, can not go out, has not the big brother, for half a year! 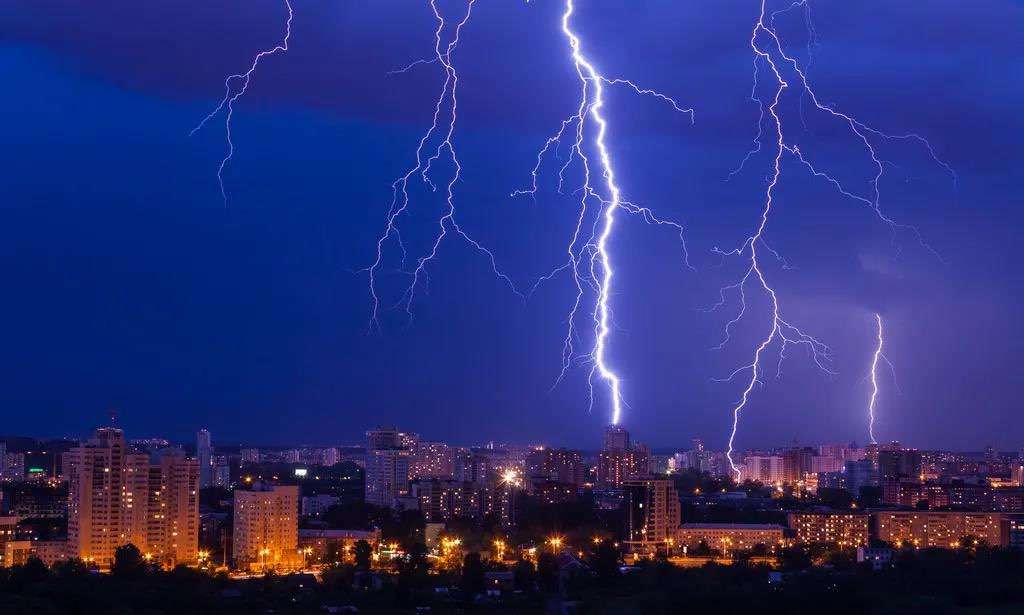 It is really the house leakage partial night rain, today, the European Union and made the cancellation of the GSP this drama, which makes foreign trade worse.One will ask, what does it mean to cancel the GSP in these countries? 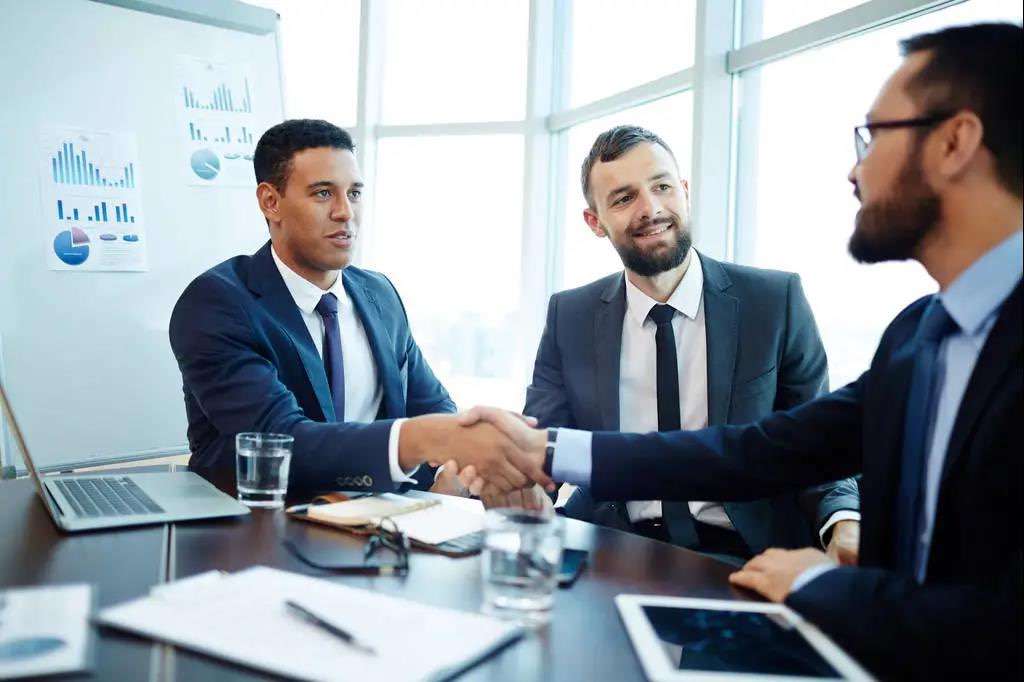 It is estimated that Norway has the world\'s most expensive granite BLUE PEAR, blue pearls want to sell to China, Australia mines, only China can eat, of course, for the domestic rock drill practitioners, Australia is still a good market, a good place to go.

When lost, we will feel more precious.History cannot repeat itself, the past can not be forgotten, pay tribute to our friends, and walk with The Times.I hope that the colleagues of national foreign trade people should remember that the countries that have given us foreign trade people and red envelopes, and the 40 countries that have given our GSP preferential tariffs are: 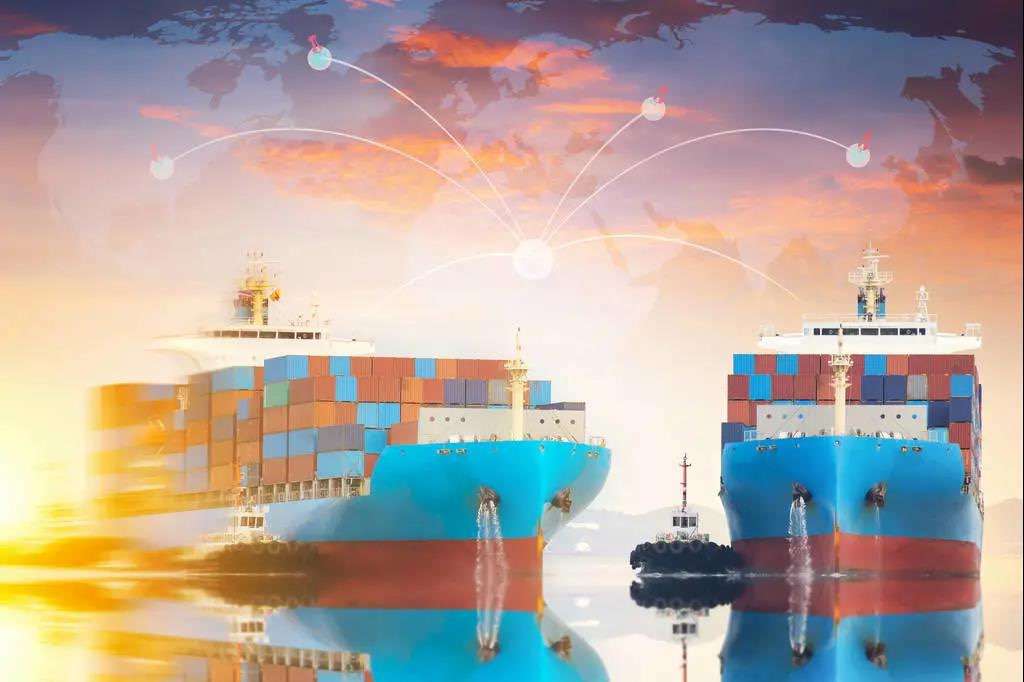 To summarize: How can Chinese enterprises deal with the 32-country cancellation of the GSP treatment for China?

Outside enterprises, make full use of the achievements of China\'s free trade zone construction and accelerate the expansion of the free trade zone " circle of friends.We will explore emerging markets, optimize the structure of export markets, improve the utilization rate of free trade agreements, and create new competitive advantages.

Export the products to the countries and regions that have signed and implemented the free trade agreements with China, and enjoy the market access treatment of tariff reduction, or even zero tariff.

Within enterprises, the foreign trade environment is volatile and the economic environment is complex. We need to find more advanced and efficient ways to expand the overseas markets in such an era,

With the method of "private domain + data" to expand and precipitation of omni-channel customers, improve our stickiness, influence, sales power, brand power, choose to take the initiative, and accelerate the expansion of the private domain platform "circle of friends"believe:

The mountain has its peak,

The lake has the other side,

When we feel a bitter aftertaste, we go through hardships,

Please believe that everything will eventually return to sweet!

If winter comes, can spring be far behind?